Our mission is to confront climate change and provide all of society a healthier and more prosperous future by increasing and accelerating the flow of private capital into markets that energize the green economy.

Our green bank model upended the government subsidy-driven approach to clean energy by working with private-sector investors to create low-cost, long-term sustainable financing to maximize the use of public funds. We continue to innovate, educate and activate to accelerate the growth of green energy measures in the residential (single and multifamily), commercial, industrial, institutional and infrastructure sectors.

The model works. We are deploying more clean energy more quickly and efficiently than ever. Since its inception, the Connecticut Green Bank and its private investment partners have deployed over a $1.6 billion in capital for clean energy projects across the state. Projects recorded through FY 2019 show that for every $1 of public funds committed by the Green Bank that an additional $6 in private investment occurred in the economy.

Green Bank employees are not investment professionals and are strictly prohibited under Federal law and rules and regulations of the Securities and Exchange Commission from engaging in or advising on any purchases of securities, including Green Liberty Bonds. Any calls to the Green Bank for assistance with purchasing Green Liberty Bonds will be directed to our lead underwriters.

In a recent episode of ESG Insider: A Podcast by S&P Global, they explored the role that green banks can play in closing the funding gap between the amount of investment needed to make the climate transition happen and what is occuring today.  In the episode, they interview Reed Hundt, co-founder, chairman and CEO of the Coalition for Green Capital, which has helped organize a number of green banks and is pressing the U.S. Congress to create a federal green bank, and Connecticut Green Bank President and CEO Bryan Garcia.

In a recent opinion piece published by Newsweek, Mark Sommer and Michael H. Shuman discussed the revolution in local investment through smaller denominations, and how this is helping combat climate change.  Michael H. Shuman is an economist, attorney, entrepreneur, adjunct professor at Bard Business School and author; Mark Sommer is an award-winning syndicated print and broadcast media journalist.

Hartford, CT (July 7, 2021) – The Connecticut Green Bank is marking ten years of its model successfully enabling progress towards its goal of confronting climate change by mobilizing private investment into the state’s green economy. The Green Bank’s model demonstrates how the smart investment of public funds can mobilize more private investment in the state’s economy. Over the last decade, the Green Bank and its partners have deployed nearly $2.3 billion in capital for clean energy projects across the state. Projects recorded through FY 2020 show that for every $1 of public funds committed by the Green Bank that nearly an additional $8 in private investment occurred in the economy. As a result, Green Bank supported projects have created thousands of jobs in our communities, reduced the energy burden on thousands of families and businesses, avoided millions of tons of greenhouse gas emissions, and facilitated rapid growth in the deployment of clean energy.

Established on July 1, 2011, by Governor Dannel Malloy and the General Assembly, the Connecticut Green Bank was the first of its kind in the United States. While the landscape of the green economy has changed significantly, Connecticut continues to serve as the model for other green banks, as well as proposals on the national level.

“As we mark our 10th anniversary, we are motivated by the leadership and commitment from Governor Lamont and the continued support of the Legislature, demonstrated by the recent expansion of our mission,” said Bryan Garcia, President and CEO of the Connecticut Green Bank. “This is an endorsement of the green bank model, which has successfully invested public resources to mobilize multiples of private capital investment into our green economy over the last decade. Since a similar need exists regarding private investment into modernizing Connecticut’s environmental infrastructure, we look forward to taking on this new role.” 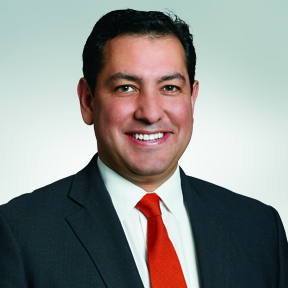 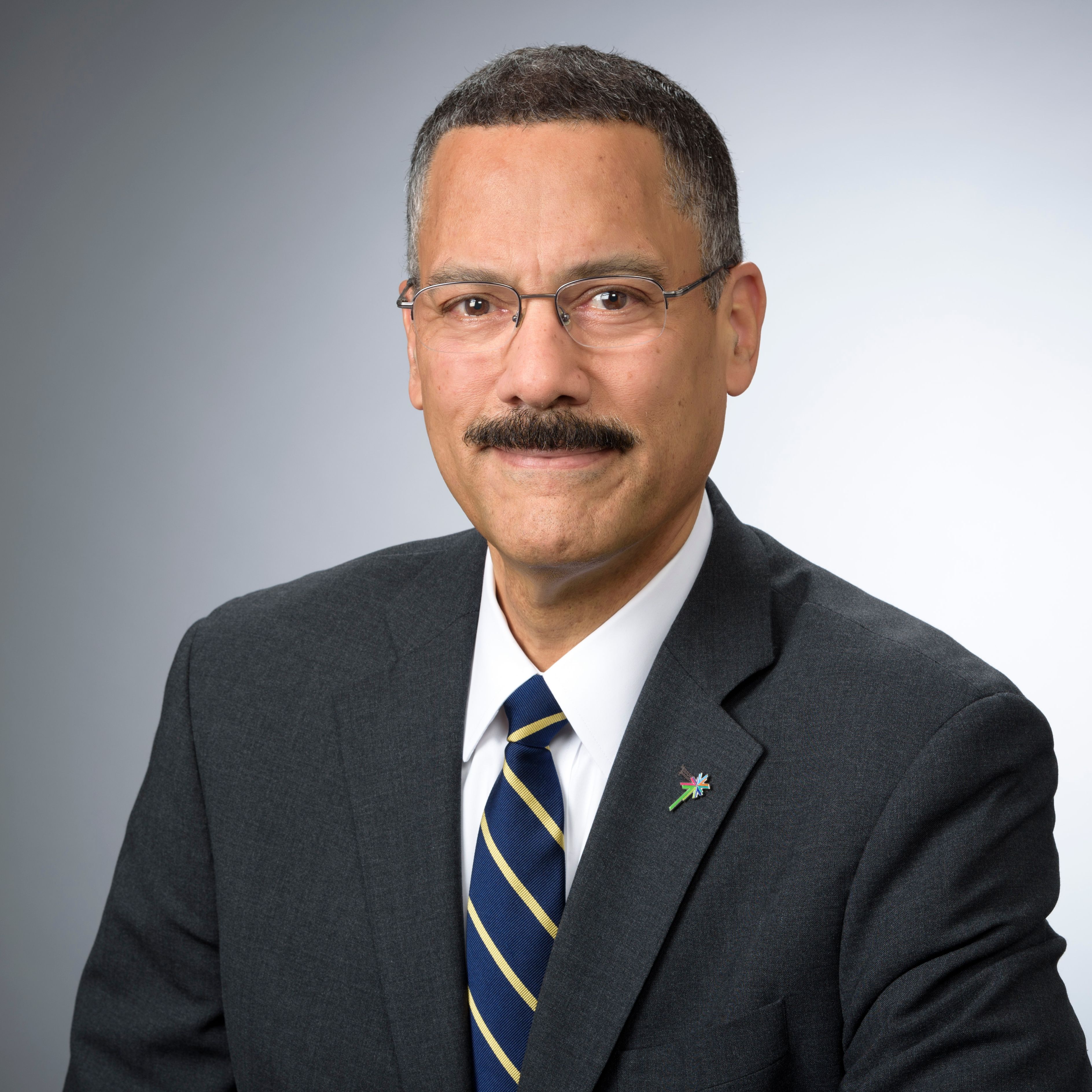 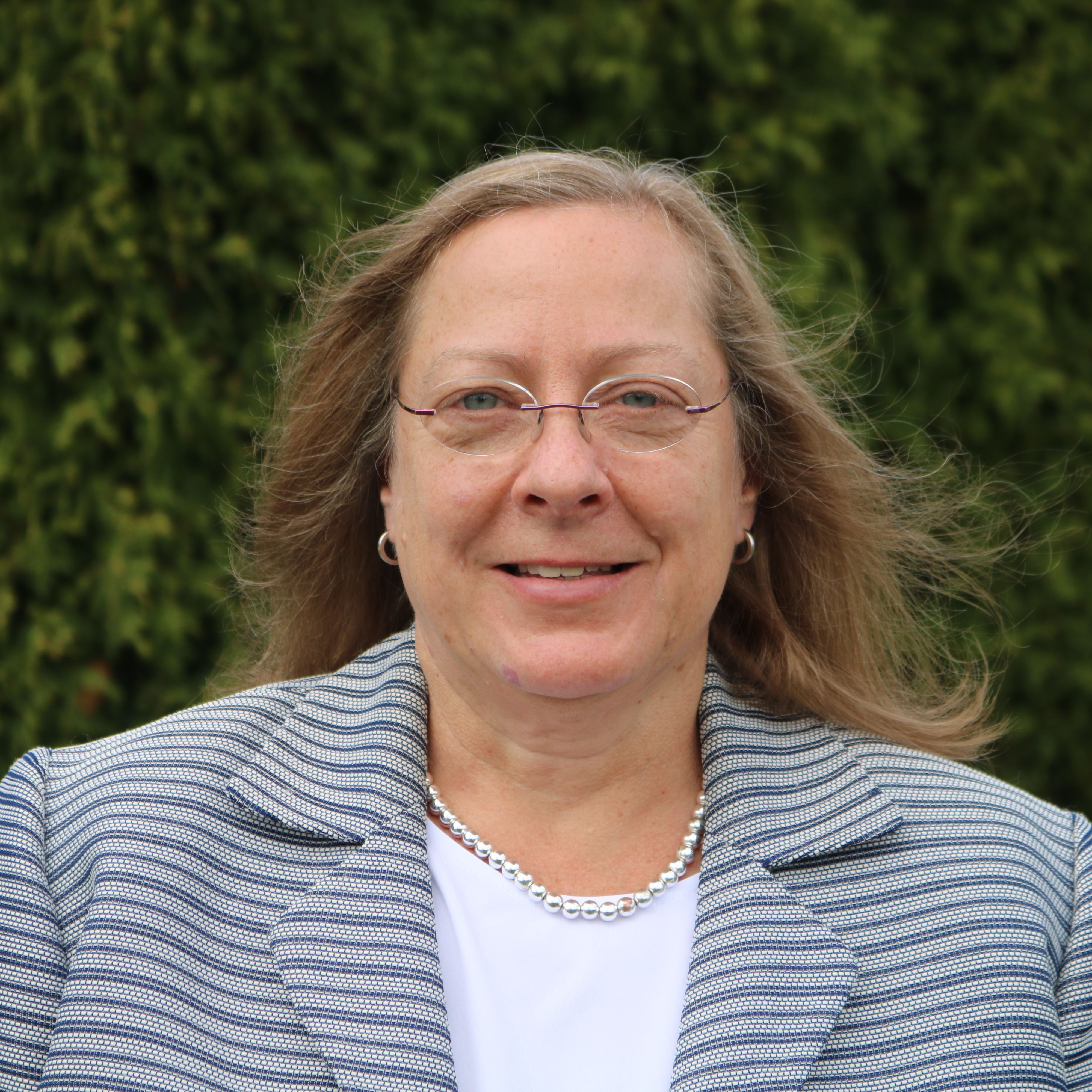 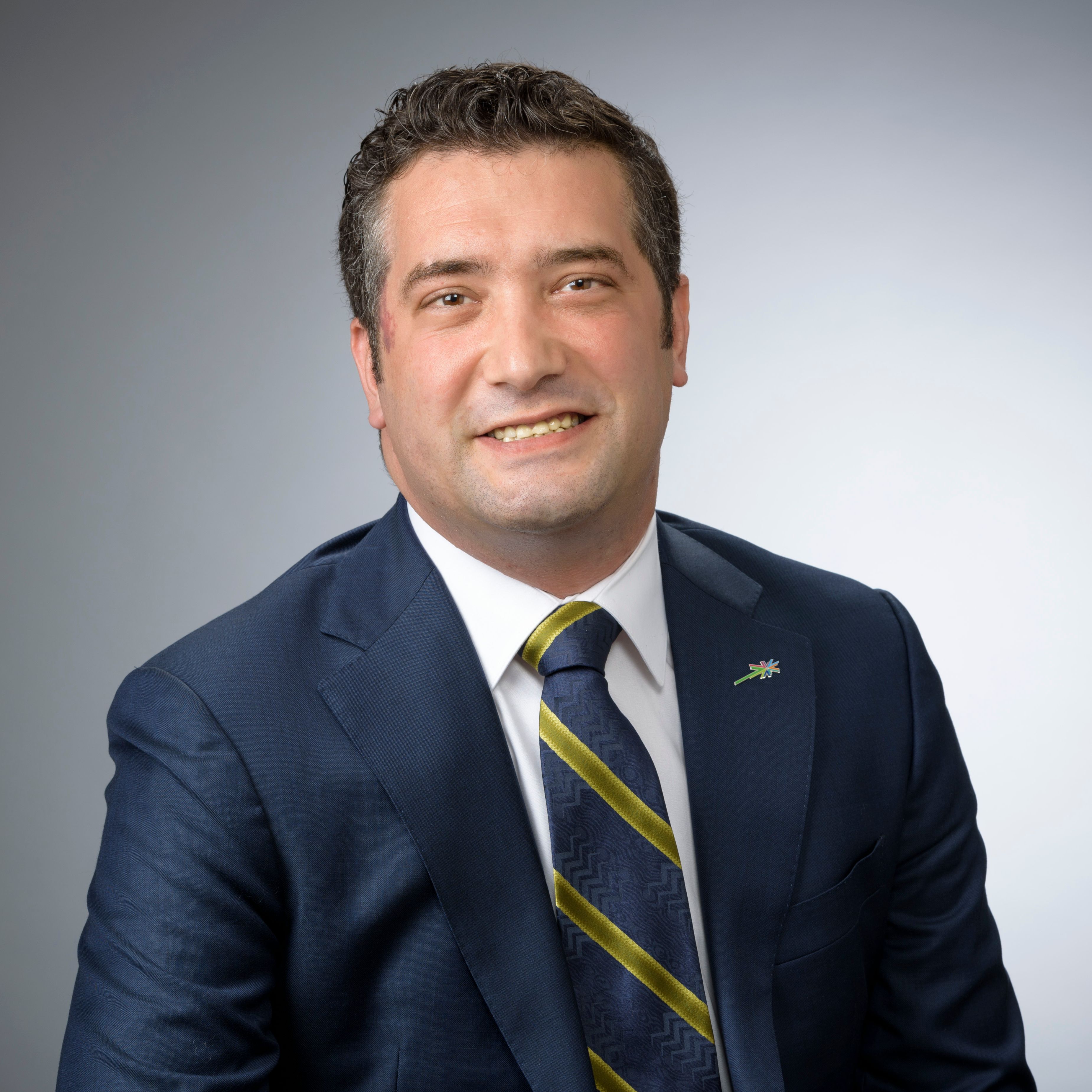 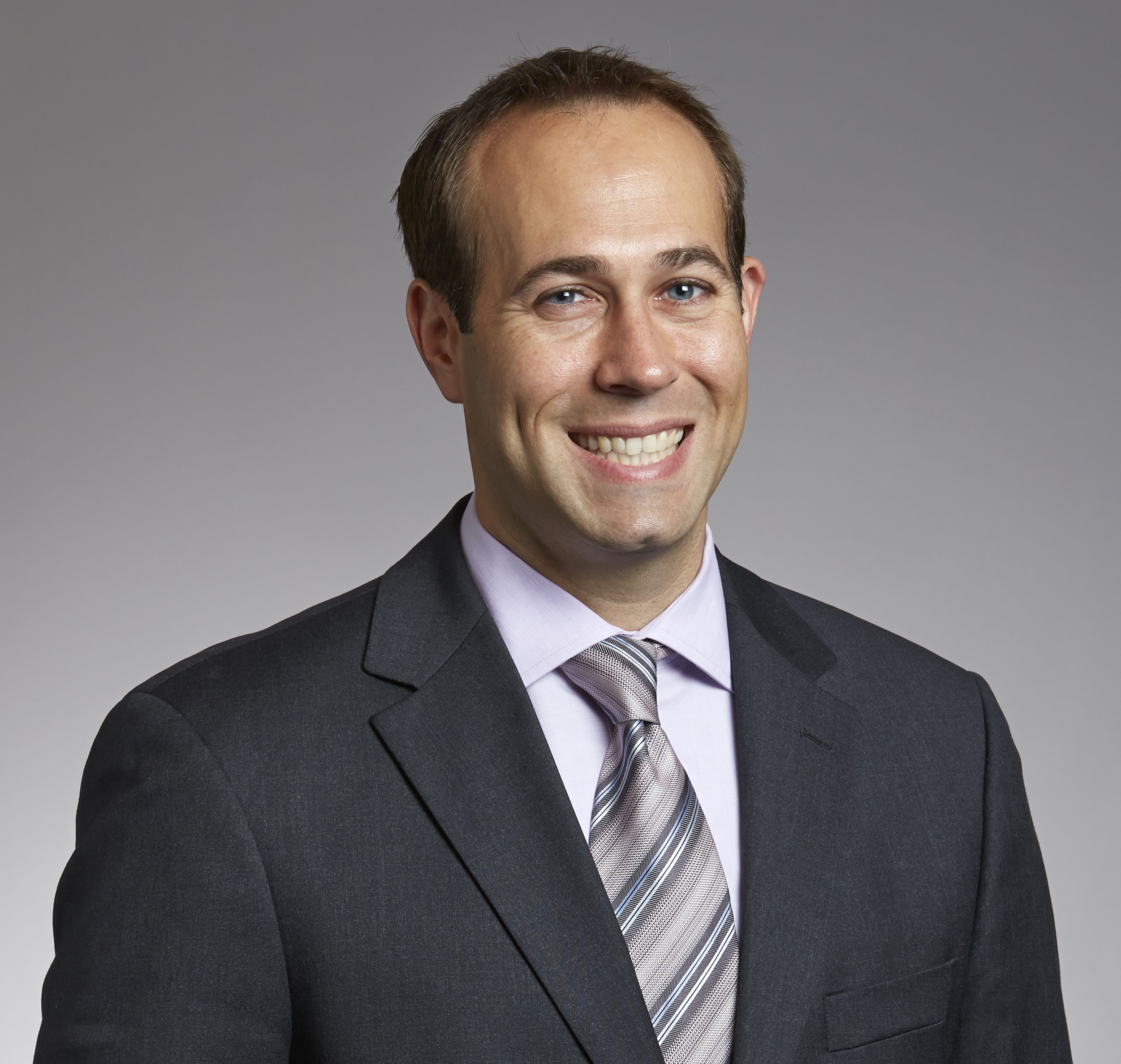 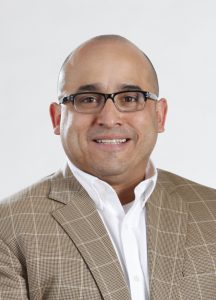 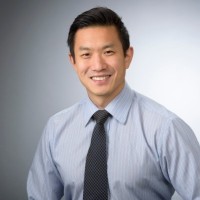 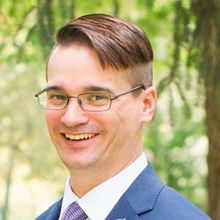 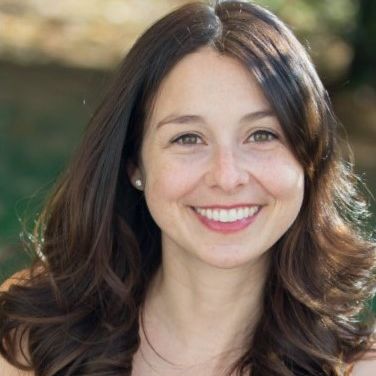 The history of War Bonds in the United States and Connecticut is incredible!  From May 1, 1941, when President Franklin D. Roosevelt purchased the first one through 1945, over $185 billion was raised through the sale of War Bonds – the equivalent of $2.7 trillion today. More than 85 million Americans, over half of the country’s population, purchased $20 billion of Series-E War Bonds at denominations as low as $25 and high as $1,000 – or between $435 to $17,500 today, respectively. Even more, Americans promoted the purchase of War Bonds to defend our country and support Democracy around the world. This was an inclusive, all-hands-on-deck effort across every race, every sex, and every age.

Connecticut was among the leading states with the greatest amount of War Bond sales during this period, and First Lady Eleanor Roosevelt made a special visit on March 22, 1943, to promote sales alongside the Girl Scouts in Hartford, Connecticut at the Bushnell Theater.

Funding Another Noble Cause

On April 17, 2009, in New Haven, Connecticut, James Cameron addressed a crowded auditorium of students and faculty at the Yale Center for Business and the Environment.  There, the former Chairman of Climate Change Capital introduced the concept of an environment bond inspired by the War Bonds of the 1940s.  As War Bonds provided Americans with a means of defending liberty, patriotism, and democracy in World War II, Cameron felt environment bonds had the potential for capitalism to unlock idealism to confront climate change.  “There is something powerful in the idea that, ‘My money built that and it works and I use it.’  Building things for a purpose that binds investors, worker, user – and society – is a noble cause.” [1]

Connecticut’s Leadership in Democracy and Innovation 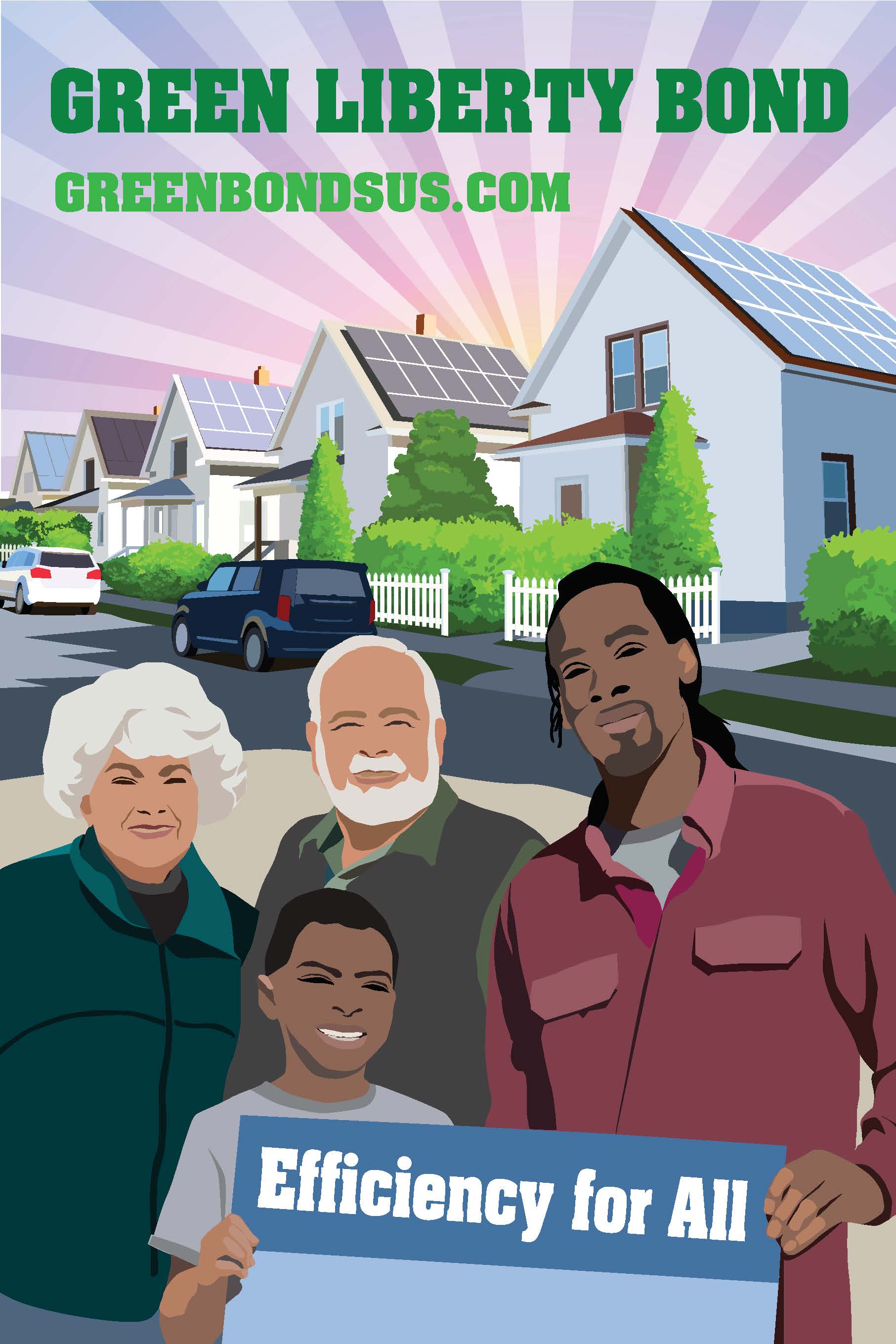 Connecticut has a rich history when it comes to Democracy, clean energy, and climate change.  Known as the “Constitution State,” it was the Fundamental Orders of 1639 from Windsor, Wethersfield and Hartford that was the world’s first written constitution for a self-governing people and seen as the prototype of our U.S. Constitution which was adopted over 150 years later.  Entrepreneurs were active with innovative technologies. Daniel Halladay created and manufactured wind turbines in the 1850s and Colonel Albert Pope was working on electric vehicle technologies in the 1900s.   The first Presidential motorcade and certainly the first (and quite possibly the only) in an electric vehicle, happened with Theodore Roosevelt in downtown Hartford on August 22, 1902.  It was in Westbrook, Connecticut on August 27, 2001, where Resolution 26-4 “Resolution Concerning Energy and Environment” was signed by the New England Governors and Eastern Canadian Premiers establishing the first regional climate change action plan in the United States, in collaboration with Canada.  Alexis de Tocqueville recognized the importance of civic engagement in American democracy and the role of states like Connecticut.

“The civilization of New England has been like a beacon lit upon a hill, which, after it has diffused its warmth around, tinges the distant horizon with its glow.”

As the nation’s first “Green Bank,” the Connecticut Green Bank was created by a bipartisan act of legislation in July of 2011.  With the mission to “confront climate change and provide all of society a healthier and more prosperous future by increasing and accelerating the flow of private capital into markets that energize the green economy,” the Connecticut Green Bank was awarded the prestigious Innovations in American Government Awards from the Ash Center at the Kennedy School of Government at Harvard University in 2017 for “Sparking the Green Bank Movement”.  There are green banks now at the city, county, and state levels across the country, national policy proposals for a U.S. Green Bank [2] and U.S. Climate Bank, [3] and green banks being created in developed and developing countries around the world.

Vision to Confront an Another Existential Crisis

James Cameron had a vision of environment bonds over a decade ago – whereby “Governments would collect money from investors who would benefit from guaranteed – but modest – rates of return…the bonds could tap a vein of renewed idealism among investors who are seeking to use the financial system for good causes.”  In 2018, the “Green Bond” market saw $170 billion issued with 40% of the proceeds being invested in clean energy projects, and as noted by Forbes, are seen as an important mechanism to solve climate change. [4]   What if, like Series-E War Bonds, governments across this country – municipal, state, and federal governments – were to issue third-party climate-certified [5] Green Bonds that individuals and families could invest in to confront climate change? 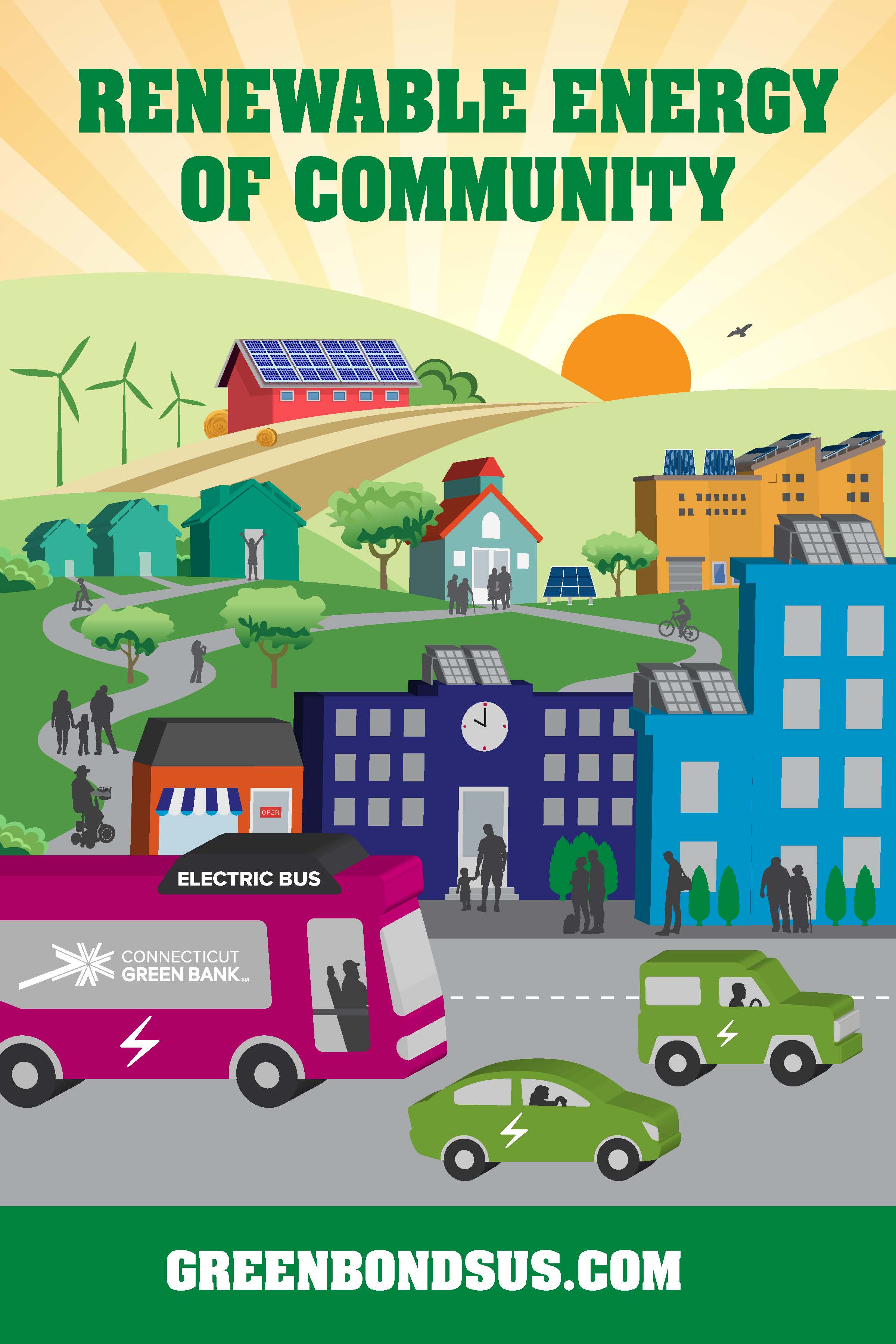 It is only befitting, that as we approach the 50th anniversary of Earth Day – April 22, 2020 – that having been inspired by history, recognizing that environmentalism and humanitarianism are better together, that the Connecticut Green Bank gives rise to the first Green Liberty Bonds available to families in Connecticut and Americans across our great nation.

[1] “From War Bonds to Environment Bonds” by James Kanter in the Green: Energy, the Environment and the Bottom Line of the New York Times (April 20, 2009).

[2] S. 1528 and H.R. 3423 proposed by Senators Murphy and Blumenthal and Representative Himes of Connecticut

[3] S. 2057 and H.R. 5416 proposed by Senator Markey of Massachusetts and Representative Dingell of Michigan

Have questions? Reach out to us directly.

Search for Issuers by state, issuer name, or CUSIP.

No results match your search term, but we're constantly adding new issuers to the BondLink platform. Looking to learn more?

Thank you! Looking for another issuer you don't see here?

UNDER NO CIRCUMSTANCES SHALL THE INFORMATION ON THE SITE CONSTITUTE AN OFFER TO SELL OR THE SOLICITATION OF AN OFFER TO BUY, NOR SHALL THERE BE ANY SALE OF SECURITIES IN ANY JURISDICTION IN WHICH SUCH OFFER, SOLICITATION OR SALE WOULD BE UNLAWFUL PRIOR TO REGISTRATION OR QUALIFICATION UNDER THE SECURITIES LAWS OF ANY SUCH JURISDICTION. OFFERS TO PURCHASE SECURITIES MAY BE MADE ONLY THROUGH A REGISTERED BROKER-DEALER AND THROUGH AN OFFICIAL STATEMENT.

BondLink has not prepared or developed any of the Content on the Site and the Content available on the Site with respect to any issuer is not maintained by or under the control of BondLink. The content on this Site with respect to any issuer was specifically authorized by that issuer to be communicated through this Site. BondLink has not reviewed such information in any respect and has not checked such information for accuracy, and in some cases, the information provided may not have been viewed by BondLink. The Content contained on the Site has been provided by the applicable issuer and is included for general informational purposes only and is provided without warranty of any kind and, in particular, no representation or warranty, express or implied, is made or is to be inferred as to the accuracy, reliability, timeliness or completeness of any such information. The Content presented on the Site speaks only as of the date the Content was prepared by the issuer or other third party and has not been updated since that date and as a result, may not address all factors which may be material to an investor and may contain omissions of fact or statements that are not accurate because of the passage of time or changes in facts or circumstance subsequent to the date of such Content. Consequently, no person should make any investment decision in reliance upon the Content contained on the Site. See “Terms” for the full terms of use of this website including your release of any and all claims against BondLink for use of this website.